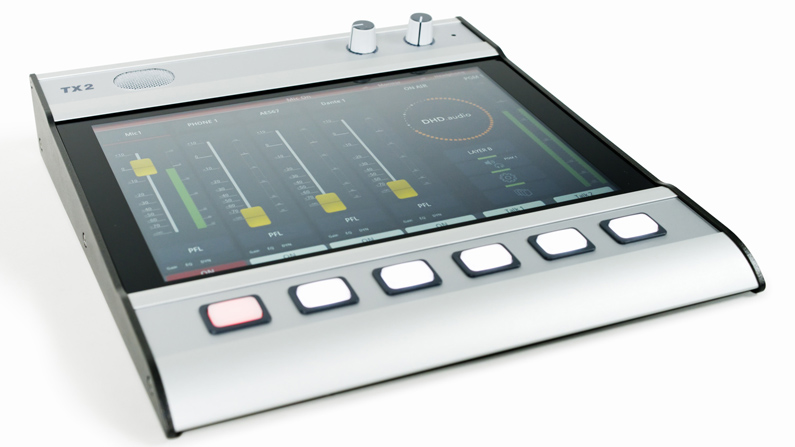 DHD.audio, a globally active leader in the development and manufacture of broadcast-quality digital audio studio equipment and systems, has chosen IBC 2022 as the launch venue for a new addition to its range of broadcast-quality mixing consoles. Scheduled to be a highlight of DHD’s show demonstration on stand 8.B81, the TX2 is a multitouch mixing console with an intuitive and fully customisable control interface which can be placed on a desktop or attached to a worksurface via a VESA based connector.

“We have designed the TX2 for daily operation where space is at a premium, such as news desks, co-host panels, edit suites and SNG vehicles,” says Christoph Gottert, DHD’s Head of International Sales. “It can be used standalone or as an easy way to extend any DHD system.

Frequently used connectors for projects such as for telephone interviews or dubbing can be accessed easily on the mixer’s 5 cm high rear panel. These include an XLR microphone input, a 6.3 mm stereo headphone output, an analog stereo speaker output and a 3.5 mm mini-jack I/O which can be used as a smartphone port. With its built-in talkback microphone and loudspeaker, the TX2 can also be used as talkback unit or monitoring controller.

The TX2 connects to a core processor or concentrator via a single network cable which also carries all audio and control signals, plus power, up to 100 meters. The mixing panel can be used with XC3 or XD3 cores in isolation or as part of a larger mixing system and does not require a PC for operation. 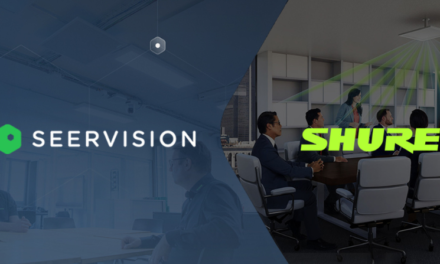 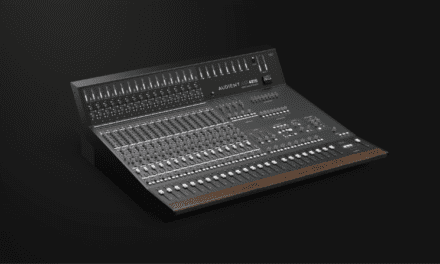 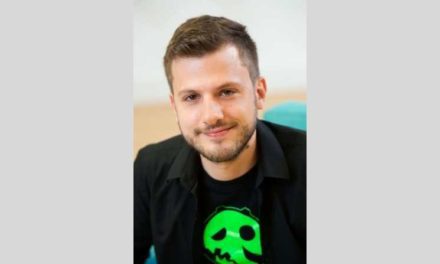 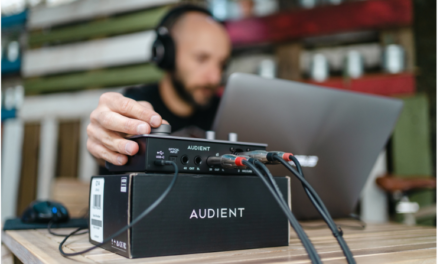