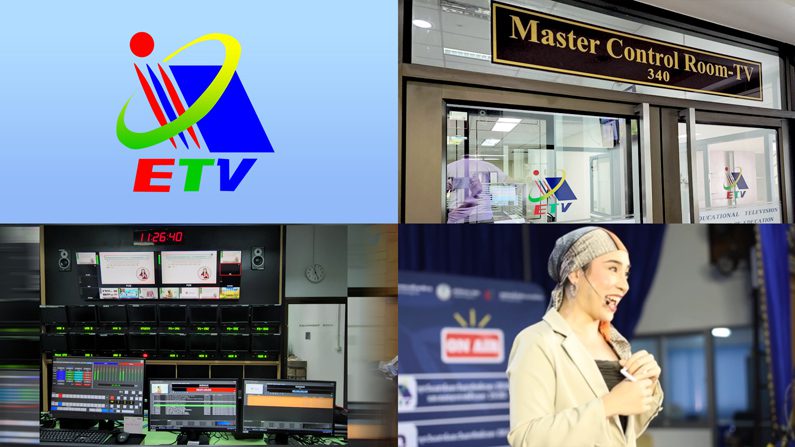 ETV approached GBS Alliance to advise on a replacement for third-party hardware that was nearing the end of its useful life. The proposed solution meets all its requirements in terms of reliability, operational versatility and workflow flexibility, as well as being highly space efficient.

“Every aspect of the channel branding, scheduling and transmission process can be controlled within the PlayBox Neo user interface, including fully automated playout,” says GBS Alliance engineer Akkharawut Khamklin. “Automation is important as ETV broadcasts round the clock. Changes in workflow can be accommodated simply by integrating additional software modules as or when required, either to add new facilities or to support emerging standards.”

“Both of the new CIAB cores at ETV are based on an AirBox Neo-20 populated with the facilities required for pre-transmission graphics preparation, program and interstitials scheduling, and playout to air,” details Nut Deesamer, Director of PlayBox Neo’s Thailand branch. “The high reliability and versatility of our products and services is confirmed by the very large number of PlayBox Neo systems being used by terrestrial, satellite, cable and internet-connected broadcasters around the world. Our systems are also future-proof thanks to the highly experienced development team active at our global headquarters. 4K-UHD compatibility is already supplied part of the AirBox Neo-20 feature set.”

“We are delighted to be partnering with GBS on such a high profile project,” adds PlayBox Neo CEO Pavlin Rahnev. “ETV is model for open-access educational television which could usefully be implemented in other countries around the world. Our channel branding and playout systems continue to prove their versatility across a range of applications in the broadcast television mainstream and wider media markets.”

PlayBox Neo’s Channel-in-a-Box system is centered on AirBox Neo-20, a scalable playout/streaming engine available in 3U multi-channel and 1U single-channel versions. AirBox Neo-20 allows media files of various kinds to be combined into a single transmission playlist. Playlists can be scheduled weeks in advance for automated transmission. Files can be trimmed, edited or repositioned at any time prior to being aired without losing the freedom to transmit live. Gaps and time overlaps are automatically corrected to ensure continuous operation even when events with conflicting times are present. Special protection is provided to ensure uninterrupted operation where content files or even entire schedules are missing or misplaced.

ETV (www.etvthai.tv) is a public service television network operating under the Thai Ministry of Education. Its mission is provide satellite-based educational services supporting education outside of school. ETV offers programs in subject areas such as mathematics, science, languages and art.

GBS Alliance Pte Ltd (www.gbsalliance.com ) was founded in 1997. Operating from headquarters in Singapore, it has offices in Cambodia, Indonesia and Thailand. GBS provides TV, radio and pro-audio equipment and solutions including project consultation, planning and implementation. It is also an established system integrator having designed, installed and commissioned many turnkey television and radio studios as well as transmitter projects in the Asia Pacific region.

PlayBox Neo (www.playboxneo.com) is a globally active leader in the development and manufacture of broadcast playout and channel branding solutions. Building on 22 years of successful innovation, the company pioneered the development of high-efficiency server-based and cloud-based playout to support every scale and type of one-to-many communication. PlayBox Neo broadcast products and cloud solutions cover everything from full live playout to round-the-clock unattended transmission. They today power over 19,000 TV and branding channels in more than 120 countries. Users include national and international broadcasters, start-up TV channels, webcasters, interactive TV and music channels, film channels, remote TV channels, corporate information channels and disaster recovery channels. With its commercial headquarters in Europe, PlayBox Neo has offices in the USA (PlayBox Neo LLC), in Singapore (PlayBox Neo Asia Pacific), in India (PlayBox Neo India) and the UK. 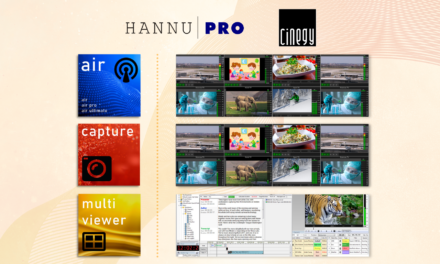 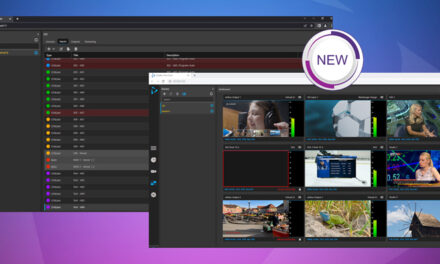 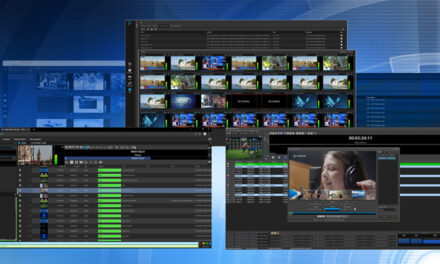 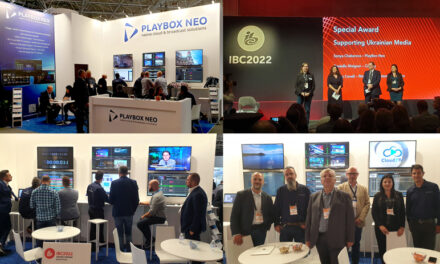