The P.A. People Deploy a Clear-Com System on a Grand Scale for UAE 50thNational Day Celebration 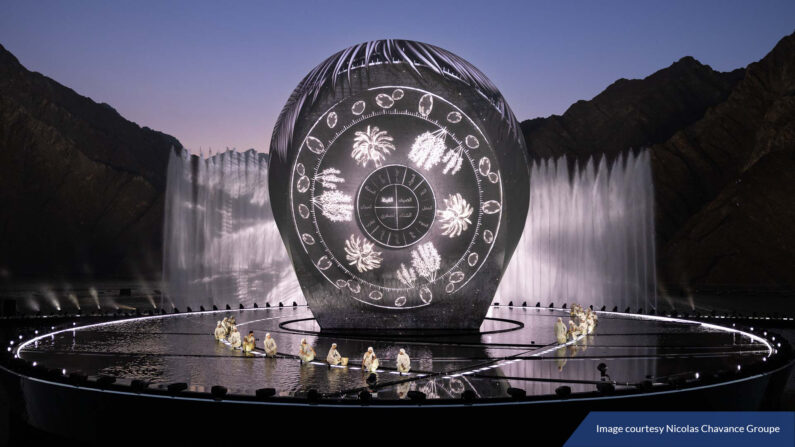 Nothing was stopping The P.A. People from supporting the UAE 50th National Day Celebrations in the Emirate of Dubai in 2021 — not extended COVID lockdowns in their home city of Sydney (the team sought special Australian Government travel exemptions) and especially not any unforeseen communications challenges.

The P.A. People were part of a large international team called upon to deliver a spectacular show. The event was staged on the popular tourist attraction Hatta Dam, a picturesque setting that provided a natural event venue in the country’s mountainous east and required equally impressive comms capabilities.

The main wired intercom system comprised an Eclipse HX Omega frame fitted with four E-IPA cards each loaded with 64 channels, a MADI card, a Dante card, and numerous I.V. Core™ and analog cards to fill out the frame. The team also carried a backup Eclipse Median frame with additional cards.

The production teams were predominantly provided with Clear-Com lever Key Stations along with Clear-Com CC-300 and CC-400 headsets. Key Stations were augmented with HelixNet partyline beltpacks in management positions under the stage. The initial specification also called for about 50 full-duplex beltpacks, however that number changed during the course of the project.

“During the project build phase, we were asked to increase the scale of the full duplex component beyond what had previously been the upper limit on beltpack numbers,” said Chris Dodds, Managing Director of The P.A. People.  “We worked closely with the Clear-Com engineering teams, who were able to reveal that the previous hard limit had been overcome but that the solution also needed further testing. We were able to emulate the scale of the required system in our workshop in Sydney with excellent results and decided that it was ready to deploy.”

Dom Jones, Project Manager for the ND50 job, added, “The FreeSpeak II system performed brilliantly on site. We were able to accommodate 120 wireless beltpacks across 40 IP transceivers deployed over an extremely large site without any reported dropouts or issues.”

Currently, Clear-Com’s Eclipse system can support up to 200 FreeSpeak II beltpacks, while offering the industry’s only wireless solution covering the 1.9, 2,4 and 5 GHz bands.

The Clear-Com system was augmented and integrated with 26 interfaced two-way radio channels with Motorola digital handsets. The system comprised a mixture of analog and digital trunked channels for different applications. Malestrom, The P.A. People’s cloud-based, asset management software, kept track of all the ‘user assigned’ equipment used during the project as well as the daily sign-ins and -outs.

The intercom network was supported by a significant 10GB ethernet IP network over a fiber backbone, designed by The P.A. People to manage the AES67 requirements of the FreeSpeak II system and Dante audio. This same network was also used to  distribute timecode to the IP timecode displays along with 28 CCTV cameras and 40 CCTV displays, 24 of which were 43-inch and 4K capable.

Extensive use of course wavelength division multiplexing (CWDM) technology was used to minimize the number of fiber cores required and also to create a virtual star topology for the network. The P.A. People also created a dedicated network backbone for the considerable ‘water’ component of the show consisting of programmable fountains across the stages.

“The system configuration we deployed for this event was a game-changer,” Dodds said. “We are now able to deploy FreeSpeak II systems of significant scale ranging into the hundreds of beltpacks, confirming Clear-Com as the vendor of choice for fully integrated matrix, partyline, and full duplex wireless systems.” 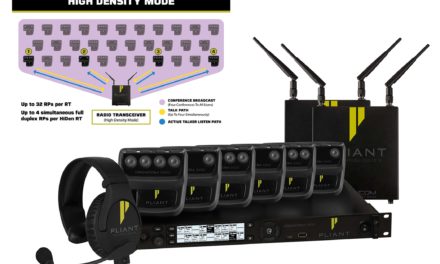